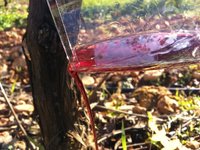 Antonio Nadal Winery and Vineyards is a family winery founded by D. Antonio Nadal Ros , pharmaceutical and analyst profession. His great dedición at work and perseverance were key to anticipate their time and appreciate the beauty and passion that surround the world of vtivinicultura .

After acquiring in 1960 the Finca Son Roig Don Antonio Nadal Ros began making wines in 1968 and in 1989 it became part of the PDO Binissalem number 1 since been incorporating modern winemaking techniques combined with traditional methods allow wines with personality.

His vision and his efforts helped to improve day by day infrastructure and equipment of the winery adapting it to new technologies allowing prevailing progressively increase the production capacity of the hold up to 100,000 liters per year.

From 2000 until 2012 his daughter Magdalena Nadal went wineries Estela following the techniques of his father, getting traditional wines from the vineyards of Son Roig.

The year 2012 reaffirmed our character family business , after a generational change Germán Alberti Nadal grandson of the founder has started a new business stage in which the values ​​of quality , tradition and modernity are the pillars on which we are settling the future of our winery .

Bodegas Antonio Nadal has met 46-year history and to all people who make this winery this anniversary is a great encouragement that drives us to improve our business processes and deliver to our customers and suppliers conviction continue improving day by day providing efficiency and quality in our products.